Don’t get me wrong, I absolutely love Cayde-6. Essentially the G-rated version of Deadpool, Cayde brought massive personality to Destiny and, of course, he was absolutely hilarious and your most lovable Exo. I was just as devastated when “that peacock,” Uldren Sov, killed Cayde in the Forsaken campaign. I, too, was ready to exact vengeance. At the close of the main Forsaken campaign, staring down the barrel of Ace of Spades, I had the satisfaction of imagining my Guardian pulling the trigger. In fact, I even wrote a poem commemorating Cayde:

You laugh and you joke,
hiding behind pain.
Your jokes would provoke, —
most recoiled in disdain.

My fellow, brave Hunter,
for me this wasn’t the case.
Thus, do not worry, my brother;
I’ll take good care of Ace.

I am of the opinion that Uldren has the most unique character development in the game, even next to significant personalities like Eris Morn. Here is the gist of Uldren’s story that brings me to empathise with him:

Uldren used to be human. Where his story begins, he was going to colonise other planets until he was caught in the middle of the cataclysmic, cosmic anomaly during the Collapse at the far reaches of its epicentre, making him into one of the first Awoken along with his sister and Queen, Mara Sov. Loyal to his sister and queen, he grew to become an adequate warrior in defence of her and their Awoken people under the Awoken matriarchy. To significantly add to his warrior prowess, he was among the first humanoids to enter the Black Garden. 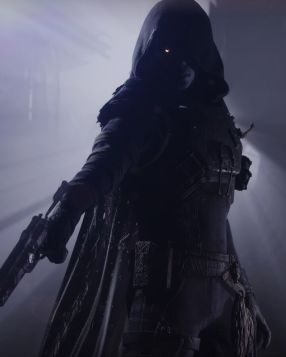 Because of how he dresses and looks with his swervy black hair, we are prone to label him as an emo jerk within the first few seconds of our first encounter with him in Destiny. Yet what we fail to realise is the many centuries he’s been alive versus our one-year lifespan as a Guardian at the time we first met him. So, of course he is annoyed by “kinderguardians” (we are too) and regards us as petulant warriors.

Then, during The Taken King expansion, he almost gets destroyed by Oryx’s null wave and mourns the loss of his sister. This mourning is what makes him susceptible to being Taken. After crash landing on Mars and through the insidious influence of Riven—the last Ahamkara who was also unwittingly Taken—Uldren manages to bring Fallen back to life by creating the Scorn and he kills Cayde-6 the Hunter Vanguard, all of these actions bringing him to finally being fully Taken before he unwittingly releases Riven from her captivity.

Fueled by his deep grief over losing his sister, making him highly susceptible to being Taken, as much as I hate to say it: Uldren is not entirely to blame. He was utterly manipulated by the Darkness, deceived by Riven who led him to believe his sister Mara was speaking directly to him. Put yourself in his shoes. If you have ever lost someone you love to a horrible tragedy, you probably know how much grief can lead you toward poor actions and behaviour. If anything, Mara Sov is to blame, for as we know, she had a throne room already prepared for her in the event of her death, and she neglected to tell Uldren, her brother and most loyal warrior and servant, about this.

Uldren dies due to his unwillful ignorance and manipulation. To quote from the Speaker during his captivity before Ghaul, the Traveler chooses a Guardian out of “devotion, self-sacrifice, and death.” In spite of his manipulation, Uldren was devoted to his cause to resurrect his sister to the point of self-sacrifice, dying for his cause—dying for her. It is true what he said to Petra just before his death, “Everything I did, I did for her!” The Light recognised his devotion, self-sacrifice, and death; and so, the nicknamed Ghost, Pulled Pork, finally found his Guardian and resurrected Uldren Sov. 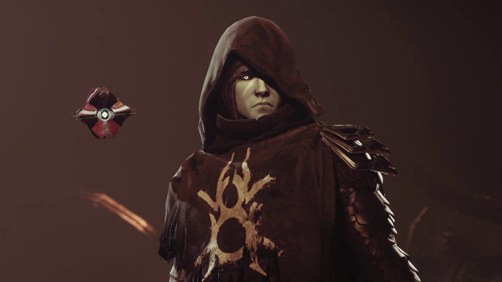 As we know from the lore, a newly resurrected Guardian does not have any memory of his or her prior life. Thus, Uldren, or “Crow” as he now calls himself (name your Guardian!), knows nothing of his past, ignorant of what he has done, confused and disturbed as to why Guardians give him the cold shoulder and wear a mask of his screaming face during the Festival of the Lost in the Tower and in patrol zones. Having been resurrected by his Ghost, his slate has been wiped clean, yet Guardians cannot help but see him for whom he was rather than for whom he is now. Thus, we cannot say Crow killed Cayde, since he is by all rights a different person, but that Uldren Sov killed Cayde, whom he no longer is.

Again, place yourself in his shoes. Oryx, the Taken King, took everything from you—not just your Queen, but your beloved sister whom you love dearly. Sometimes, such grief—if not mourned properly—can turn you toward insanity. This is just what happened to Uldren, causing him to be totally manipulated by the Darkness to do its will. All Oryx does is Take, and he took the only thing in the universe you love: your sister.

None of this justifies Uldren’s murder of Cayde; I am still upset by that. But I am no longer filled with raging hatred for Uldren; now I can only empathise with him because of his long, complicated, and turbulent story.

[Spoiler!] Even more, as we will see him return in the upcoming expansion, Beyond Light, we can no longer think of him as Uldren Sov, but Crow, as he has chosen to call himself with the new life he has graciously been given. Though in appearance Uldren Sov and Crow are the same, cosmically they are not the same person. Uldren Sov is not Crow and Crow is not Uldren Sov. Therefore, we ought to treat Crow as we would treat any other fellow Guardian.

Other than maybe Ana Bray, Crow is probably the only Guardian whom we can judge based on his past life, but this is unfair for us to do as Guardians because no one else can judge us for our Guardian’s past, largely because nobody knows what our past life was. Even if they did—even if we did do something horrible in our past life before our first resurrection—would we be judged as harshly? Should we be judged as harshly? I’ll leave that for you to decide.

Put yourself in Uldren’s shoes. Try to understand his grief. And give Crow a chance.