As Martin Luther was arguably the most prominent figure of the Reformation as a whole, Marshall predictably begins with the generally accepted launch of the Reformation in Germany when Luther nailed his 95 Theses to the Wittenberg church doors. He continues to give general information about the Reformation that any Lutheran would learn in their Lutheran Confessions class at a Lutheran university—the rise of radicalism particularly from Huldrych Zwingli, Andreas von Karlstadt’s radicalism, the Peasants’ War, and the invention of the printing press helping to propagate Luther’s cause. However, in such classes such as the Lutheran Confessions that I’ve taken at CUAA, we don’t learn too much about German politics, which Marshall details here in this short chapter and later on in another chapter. We do learn a decent amount since it would be inappropriate to avoid the political ramifications involved in the Reformation, but we don’t go into too much detail since that’s not the particular focus of the class. He gives good details on the Diet of Speyer, Henry VIII’s attempt to annul his marriage, the Schmalkaldic League, and the 1555 Peace of Augsburg that is normally learnt in classes such as Lutheran Confessions. These are typical things learnt, but it isn’t until a later chapter when we begin to learn new political ramifications involved, which I will cover later.

Calling it the “Second Reformation,” Marshall then begins to discuss John Calvin. He gives a good history on Calvin and his endeavours, but he appears to be biased toward Calvin as he calls Luther’s theology a “scatter-gun” and Calvin’s theology a “sniper’s rifle” (25). If he had ever read any of Luther’s works, I don’t think he’d call Luther’s theology unorganised. While it is true that Calvin’s The Institutes of the Christian Religion is efficiently structured, Luther’s multiple works does not mean there’s a lack of structure. One can see this just by looking at a shelf of the 54 volumes of Luther’s Works (the 55th is merely an index), and not even those are all of Luther’s works. In fact, one could argue that Luther’s theology is so structured that it cannot all be held in a single volume, as evident in his 54-volume work and others.

Moving on, Marshall then discusses the Catholic Counter-Reformation. The name itself leads one to think it was a reaction against the Protestant Reformations, and in a sense they would be right. However, Marshall makes it clear that the Council of Trent involved in this Counter-Reformation was “largely concerned with formulating definitions of Catholic doctrine… in a way that clearly distinguished them from Protestant views” (34). So yes, the Counter-Reformation was a reaction to the Protestant Reformation, but not as a form of attack but as a self-reflection on Catholic doctrine and practises. I learnt that they actually made some improvements such as reforming the institution of the church by changing the role of priests from an aristocratic attitude to pastoral care for their parishes. Seminaries were even constructed to better train them. This is satisfying to learn because it shows how the Medieval Catholic Church was at least not completely blind to necessary reform. And today, there are hundreds of seminaries in multiple denominations, Catholic and Protestant alike. 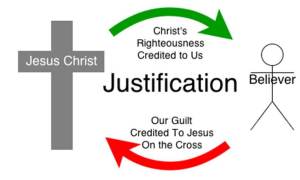 It is surprising that Marshall dedicates a whole chapter to the differing views of salvation in the Reformations since he’s a history professor and not a theologian. Nevertheless, the chapter actually gives a proper understanding on not just Luther’s view on salvation, but the existing heretical views at the time as well. Regarding Catholicism at the time, Marshall actually makes an erroneous claim about the Catholic Church’s view on salvation at the time. He says “it is a common misconception… that the Catholic Church taught or teaches that heaven can be earned by the performance of ‘good works'” (43). This is false, and even proves his fault when he says, “The tricky thing was knowing whether one had done enough to count as an unqualified ‘yes’ to God’s invitation” (43). As Luther would agree, we don’t need to “do enough” in order to receive salvation. Endeavouring to find out if you’ve “done enough” is still good works, which was precisely what the Medieval Catholic Church taught. The Catholic Church doesn’t teach this today, but they did, and to say they didn’t is a miscalculation. If a human being did not do enough, they would spend the necessary amount of time in purgatory to pay the sentence for their sins. Other than this little quibble, there’s nothing really new to learn unless you don’t know much about justification, predestination, the authority of Scripture, the sacraments, and their belief in a nigh apocalypse. If you don’t know much about these subjects especially as it pertains to the Reformations, this chapter is a terrific, concise expository on the matters. 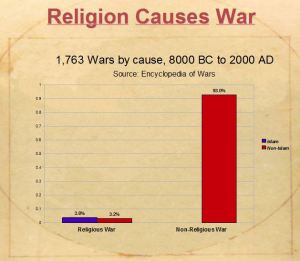 I hate politics. It is good for nothing but dissension. With my animosity toward politics, I naturally thought that this chapter would be a bore, but I was wrong. In this section I learnt how essential the nobility was to the success of Luther’s cause. Not only did he receive protection from Frederick the Wise, Elector of Saxony, but other nobles supported his cause for political purposes. By supporting Luther’s cause, “they could consolidate ecclesiastical control in their territories” and incorporate “the church’s administration into the mechanisms of government, while asserting greater freedom of manoeuvre vis-à-vis the emperor” (63). If nobility had not found these advantages inherent in Luther’s theology, it is doubtful whether his cause would have been as successful as it was.

Another important matter to learn from this chapter is the false implication that all wars are caused by religion. As a historian, Marshall argues, “It would be difficult, if not impossible, to identify a 16th- or 17th-century conflict that was fought for purely religious reasons, uncontaminated by political, economic, or dynastic considerations” (69). While wars such as the Crusades and the Thirty Years’ War may have started for religious reasons, political and economic decisions never remained separate from these wars and they all inevitably ended up being about politics and economics rather than religion.

What I found interesting was that Protestantism wanted to move the primary responsibility of caring for the poor from the Church to the State. This is surprising from a 21st-century Christian’s perspective because in our own society (I’m speaking as an American), the government’s care for the poor is terrible. The liberal government cares more for illegal immigrants than it does for the thousands of veterans on the streets as well as the mentally ill. While the global Church is doing its best to alleviate poverty, it appears to us that the government isn’t doing much. Some even believe the government shouldn’t be involved in alleviating poverty at all, especially since their efforts to do so have continuously failed. During the Reformations, however, Protestants thought it necessary to make it primarily the State’s responsibility rather than the Church’s. However, “This did not necessarily ‘secularize’ the issue in our sense of the term. Protestant poor relief was underpinned by ‘correct’ doctrine, and was part of building a genuinely Christian community” (80). I think that is where the difference lies. The Protestants at this time were concerned with teaching orthodoxy to the poor and building a Christian community. Today, the Church is more concerned with societal and economic aspects rather than the religiosity of helping the poor. It is true that many churches endeavour to bring them into the Church and to receive faith in Christ, but it appears to me today that we are more concerned about its economic aspects.

Even the role of marriage, women, and family began to change. It was the Catholic Church’s teaching that celibacy was more holy than marriage, but marriage is still better than being sexually immoral. Regardless, marriage was not seen as a blessing as compared with celibacy. This runs completely counter to our society today, which highly sexualises nearly everything it can get its grubby hands on and has even redefined the proper definition of marriage. Luther was prominent in the changing view of marriage, defining it as a blessed thing from God and is to mimic the Church. Even children were viewed differently. I didn’t know this, but children were viewed as “intrinsically bad” and ought to be rigorously disciplined. Protestants, however, began to teach that children are actually God’s gifts and need to be “nurtured and cared for” (84-85). This was shocking to me as a reader because in our own society, children are always viewed as a blessing, except for those evil few who place autonomy over a child’s life and abort an infant for the sake of convenience. Otherwise, children are often thought of as a blessing in our society and need to be nurtured rather than rigorously disciplined. Of course, discipline is still needed, but not as if the only thing they’re good for is causing ruin.

Unfortunately, the Reformation did not change much on the view that “women were unruly and sexually voracious” and that unmarried women are dangerous (85). Protestants viewed the primarily role of women as being wives and mothers. However, studies on the Reformation often focus on “the Reformation’s impact upon women, rather than women’s impact on the Reformation” (87). It was interesting to learn that women became prominent religious leaders as nuns especially in convents during the Catholic Reformation (86). Some prominent women even formulated orders where they cared for the poor and the sick. They also produced “some of the greatest Catholic devotional works” (87). They were also “often the most committed and devout members of established churches” and played a large role in religious movements such as pietism (87-88). It appears, then, that the Reformation started the process of women being viewed as pivotal members of society into what it is today.

Some people are prone to think of the Reformation as being anti-cultural, but it was actually the opposite. Even though iconoclasm—”the destruction of religious images for overtly ideological reasons” (95)—was common practice, there still existed a defence of religious art. Luther himself ceased Karlstadt’s war against religious images in Wittenberg. Zwingli was another figure who destroyed religious images. The belief was that these images insulted “God’s invisible majesty by putting trust in created things” (96). This is, of course, an absurd view that some Calvinists still hold today and is, rather—as Luther says—adiaphora, which are things Scripture neither forbids nor commands. “What mattered was how they were used: worshipping of images, or constructing them in the hope of acquiring merit in God’s eyes, was an abomination, but as means of instruction for the ‘weak’ they were acceptable” (95). It is absurd to think religious images as art is sinful because we would have to say the same about religious writings. If religious images dishonour God, then so do religious writings in rhetoric and song. To say it’s not the same would be to commit the logical fallacy of equivocation.

Another cultural aspect that received a lot of support from Protestants was something that’s loved by all: music. Luther was a huge lover of music. He once said, “Next to the Word of God, music deserves the highest praise” (104). I always knew Luther wrote hymns, but I did not know he wrote the first Protestant hymnal called the “little book of spiritual song” (104). This is significant for us today because in these times, music was sung only by the clerics and the congregants were not to participate. With Luther’s hymnal, he now introduced the congregation’s freedom to worship God. So when you’re at church and are singing lyrics from the projection screen, you can thank Luther.